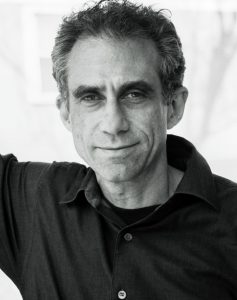 “I am trying to figure out how to write a real world history,” confides award-winning author Marc Aronson. “I am not going to write a textbook.”

Anyone who has delved into history by way of a Marc Aronson book knows that his approach is both enticing and enthralling. Marc likens history to an Advent calendar — “you follow the connections, you can start anywhere, every single thing in your life is the beginning of a historical question.” There are always surprises behind every question. This immediacy of history explains part of the allure of Aronson’s research and writing. “It’s the most wonderful detective story,” he exclaims. “The present is the clue to the past.”

From his newest book, Master of Deceit: J. Edgar Hoover and America in the Age of Lies, to recent favorites including Trapped: How 33 Miners Were Rescued From 2,000 Below the Chilean Desert, Sugar Changed the World: A Story of Magic, Spice, Slavery, Freedom and Science and the Sibert Award-winning Sir Walter Ralegh and the Quest for El Dorado, it is readily apparent that Marc Aronson’s intellectual curiosity knows no bounds. This, combined with his ability to perform the alchemy which turns facts into a compelling story, ensures his place on library shelves.

Master of Deceit did not begin as the story of J. Edgar Hoover but actually grew from research on Joseph McCarthy. Aronson’s research revealed that McCarthy’s era of power was only four years long. A shadowy figure in the background of the story had a much longer reign — J. Edgar Hoover was one of the most powerful figures in 20th century America and his time at the helm of the FBI was 48 years. “I am drawn to those who are complex, dark, and ambitious,” comments the author. “Teens are ready for the antihero and are drawn to the dark strands in their character.” Aronson notes that teens read about “flawed and tortured” characters in fiction. Why not read about them in nonfiction as well?

The most surprising thing Aronson learned in his research was the “lavender scare.” Hoover’s hunt for communists is widely known but his aggressive campaign against homosexuals had mostly been lost to history. The Master of Deceit shows what fear does to people — fear of a communist threat, the fear that homosexuality was undermining society — and how fear has been used as a powerful tool. At the same time, Aronson’s evenhanded approach ensures that readers will see multiple sides to every story. At the end, readers will not only understand more about the era but also how history is made.

History, though, is not so much made as it is written. Aronson lifts the veil from the mystery of history by including “How I wrote this book” as an afterword. “It occurred to me that the book is only one step in a larger relationship between the author and the recent past,” muses the author. “Students are learning how to gather information, sort things out, write a paper — a book is an expression of my having done the same thing.” By holding a book in their hands, young readers can see a successful result of a process they are learning. “I always loved history as a kid,” Aronson acknowledges. But he also brought a healthy skepticism to the process. He wondered “How does the author know that? Where was I when that information was being given out?” So as he reveals in the story behind the story, for Aronson the subtext becomes “Here is how I got my information, and because I’m a human being who took these steps, you can do it too.” Perhaps best of all, the author also leaves a door open so that the reader is free to come to a different conclusion.

These days, Aronson is a much-in-demand speaker on the Common Core Standards. There is a strong emphasis on nonfiction and the author’s proven commitment to education and excellence make him an ardent speaker on the importance of fostering an informed world view in our country’s young people. “Common Core is both a necessity and an opportunity — nonfiction has become dynamic and exciting.” Aronson recognizes that most adults probably don’t have the same kind of relationship with nonfiction as they do with fiction — fiction is more beloved. Yet, thanks to Marc Aronson and others, nonfiction for today’s young people has the heroes and antiheroes, the enthralling stories and startling revelations that make for a passionate reading relationship.