Getting to Know S.E. Hinton

S.E. (Susan Eloise) Hinton became a voracious reader at an early age: “I loved to read, and as soon as I learned how I was 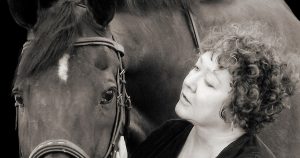 reading everything I could get my hands on!  Peanuts the Pony was the first book I ever checked out of the library.  For an introverted kid, reading is a means of communication.”

But in the 1960s, when she was in high school, she couldn’t find books that mirrored her own life as a teenager in Tulsa, Oklahoma – so she wrote a novel herself.  Little did she know that this book, The Outsiders (1967), would help launch a new genre of realistic fiction for young adults.  The hard-hitting coming-of-age story, narrated by greaser Ponyboy Curtis, is still being read today.

During the next twelve years, Hinton published three more young adult novels – all in the first person, all featuring different young male protagonists: That Was Then, This Is Now (1971), Rumble Fish (1975), and Tex (1979).  Her characters and their stories, dealing with such problems as gangs, poverty, missing parents, and class discrimination, struck a chord with readers.  In 1988, she received the first Margaret A. Edwards Award, an honor created by ALA to recognize important contributions to young adult literature.

Hinton’s novels also caught the attention of filmmakers.  The movie version of Tex came out in 1982, followed by The Outsiders and Rumble Fish in 1983, and That Was Then, This is Now in 1985.  They featured a number of young men, such as Matt Dillon and Tom Cruise, who were just beginning successful acting careers.

What is her advice for writers whose books are about to become movies?  “Have fun and enjoy the ride.”  She participated in the creation of the first three films – working with actors, screen-writing, and even playing several cameo roles.  What’s more, her own horse Toyota starred in Tex.  (That library book, Peanuts the Pony, may have been a sign of things to come.  Hinton is an avid horseback rider and animal lover; horses figure in both Tex and Taming the Star Runner.)

There was a nine-year interval before Hinton published her next novel, Taming the Star Runner (1988), written in the third person.  Why the change in point of view?  For one thing, she’d had a child.  “I was too emotionally involved with my four-year-old to become my narrator.  I have to become my narrator when writing first person.”  Also, she believes the sense of emotional immediacy needed to create a first-person teen-age narrator isn’t available to her any more.  “When I write, a transformation takes place and I go from thinking about my narrator to being him, so I don’t think I could write a young adult novel like The Outsiders today.  I can remember being 16, but I am not sixteen.  The emotions of a teenager are one of the reasons for its longevity.”

Hinton has continued to explore new characters and different genres, taking on a range of writing challenges.  Her next two books, published in 1995, were certainly a departure from her previous work.  Big David, Little David is a comical picture book inspired by an incident in her family.  Her son Nick was perplexed by the fact that David, a boy in his kindergarten class, looked so much like Nick’s father, also named David.  The story grew from his speculation about whether they could be the same person.

The Puppy Sister, a short chapter book for young elementary school readers, came about when Nick remarked that their new dog seemed to want to become a human.  Hinton took that idea and ran with it, creating a quirky fantasy in which a puppy named Aleasha gradually turns herself into a human girl.

In 2004, Hinton came up with another surprise: Hawkes Harbor, a novel for adults which takes readers outside of her usual setting – Oklahoma – and features a vampire.  In Some of Tim’s Stories (2007), also intended for adults, she tackles the short story form and plays with point of view.  The collection, ostensibly written in third person by one of the main characters, traces the diverging lives of two once-close cousins.  For those seeking further insights into Hinton’s life and writing, the second half of this book offers extensive author interviews.

What’s next for S.E. Hinton?  Not, she says, a sequel to The Outsiders!  Something new to challenge her writing skills?  Readers will have to wait and see. . .