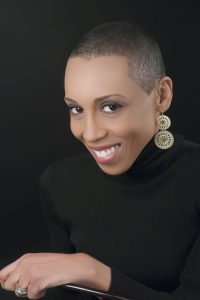 Getting to Know Andrea Pinkney

So with all these roles in children’s books, which one is her favorite?  I don’t think anyone will ever get her to choose one over the other!  She describes being an author and an editor as “living in two different towns that are in the same state. … I couldn’t live in one at the exclusion of the other.”  She loves both the research and the storytelling aspects of being an author.  Her earlier career in journalism gave her the skills to do research and get the facts right.  And storytelling?  That’s what the Pinkney family does for fun!  At a recent family get-together “we played a game after dessert that involved spinning stories on the spot based on photos that conjured family memories. …. We did not want to stop sharing stories.”  So perhaps Andrea’s favorite genre is historical fiction like The Red Pencil, where she gets to do historical research but also a lot of storytelling.  But then she also loves the nonfiction books where she gets to spend a great deal of quality time with her heroes, documenting the far-reaching consequences of their actions.  Examples of this are the books Martin Rising: Requiem for a King, Let It Shine: Stories of Black Women Freedom Fighters, and Hand in Hand: Ten Black Men Who Changed America.

But then she loves her editing job just as much!  She feels because she is an author that she has a lot of empathy and understanding for what the author is going through and the kind of help they need.  “As an editor, my job is to hold the flashlight while another author does the digging. … I’m on the journey along with the authors whose books I edit. I’ve been in their shoes.”  And her editorial position has allowed her to give opportunities to many young writers and illustrators.  At a recent People of Color in Publishing party she says “I was so filled with emotion that I just went around hugging people.”  It is quite likely many of the people at that party were there at least partially because of her example or because of her editorial efforts.

One of the perks of being an author is the school visits.  An editor never gets asked to do a school visit!  So Andrea has had many school visits that re-energize her and remind her why she does what she does.  She likes to challenge the kids with the situations in her books such as Sit-in: How Four Friends Stood Up By Sitting Down.  “I invite students to tell me what they’d do if they witnessed someone being discriminated against. I also ask them how they’d react if they were being persecuted on the basis of race.”  She gets some great reactions from these questions and feels that she leaves the school a little more thoughtful and unified than before she came.

One would think that as an editor, and being married to a children’s book illustrator, that Andrea would have a lot of say in who illustrates her books.  Surprisingly, this is not so.  The illustrations can make or break a fiction or nonfiction book for young readers but Andrea turns in her manuscript and finds out later who is going to illustrate it.  She has been very fortunate in getting great illustrators to interpret her words; they often surprise even her with the depth and emotion that comes from putting together their art and her words.  Examples of this are Shane Evans’ work on The Red Pencil, Lou Fancher and Steve Johnson’s work on A Poem for Peter, and of course Brian Pinkney has no choice but to do great work on her books such as Sojourner Truth’s Step-Stomp Slide or Martin and Mahalia!

We can certainly hope that we can look forward to many more children’s books from all the members of the Pinkney family, maybe even family members we haven’t heard from yet!