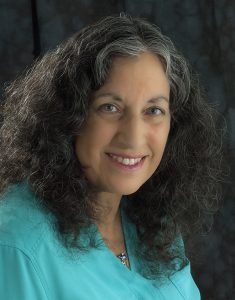 Getting to Know Margarita Engle

Margarita Engle may be children’s literature’s most outspoken advocate for verse novels.  In books like The Surrender Tree, The Lightning Dreamer, and Enchanted Air she uses that form to great effect.  She was recognized as a great promoter of poetry when the Poetry Foundation made her the 2017-2019 Young People’s Poet Laureate.  And to think that she owes it all to an injury!  She was happily writing adult books when she injured her wrists on a zip line in Costa Rica around 2000.  For quite a while she could only hold small books so she started reading children’s books like Marilyn Nelson’s Carver and Karen Hesse’s Witness.  She became hooked on their novel in verse form and started using it herself.  “Once I started writing for young people, I discovered that communicating with the future is immensely satisfying.”

As Young People’s Poet Laureate she finds the most difficult part of the job is reminding adults that they should not ruin poetry for young people by passing on their prejudices against it to young readers.  As she says, “don’t assume they will resemble the abstract post-modernists you studied in college….Don’t ask young readers what a poem means.  Ask them how it makes them feel….Realize that you are giving them the gift of a lifetime of enjoyment, as well as a safe place to write their own emotions.”

Another current problem Margarita finds with verse novels for young readers is that, as the form has become more popular, it has attracted poor imitations.  “Many of the new so-called verse novels are actually broken prose, with unnatural line breaks, no musical language, and no poetic skills.”  She says readers should look at masters of the craft, such as Nikki Grimes, Jacqueline Woodson, Kwame Alexander, Sharon Creech, Elizabeth Acevedo, Jason Reynolds, and many others, to see verse novels at their finest.

Another major theme in Margarita’s work is her love of Cuba and the Spanish language.  She grew up in California but spent her childhood summers with relatives in Cuba until it became off-limits in 1963 following the Cuban Missile Crisis.  Although she was an adult before she could visit Cuba again she remembers it fondly and has studied it voraciously.  Many of her books are set in the island country or elsewhere in Latin America.

Margarita studied botany in college and feels that this knowledge helps ground her writing in the natural world.  She is especially excited about the works that mix poetry and science, such as those of Janet Wong and Sylvia Vardell.  She is quite proud of winning a Green Earth Book Award for her middle grade novel Forest World and hopes that schools will increasingly use this special Award to bring better environmental books into the classroom.

In 2019 Margarita will publish Soaring Earth, a sequel to her verse memoir from 2015, Enchanted Air.  Later in the year she will have a picture book illustrated by the talented Rafael Lopez about a young Venezuelan refugee who played piano for President Lincoln, entitled Dancing Hands, When Teresa Carreno Played the Piano for President Lincoln.  The duties of being Young People’s Poet Laureate have certainly not slowed down Margarita’s book output!