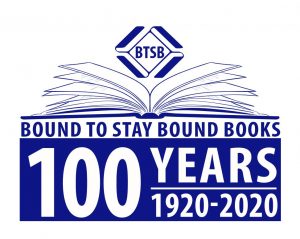 The U.S. economy immediately went to a war footing after we entered World War II. Fortunately, education and the reading of books was considered a high priority, so New Method Book Bindery continued to operate but not without difficulties.

Probably the most serious repercussion was the young employees of the bindery who were drafted into military service. This even happened to Robert F. Sibert, the son of the company’s founder. He was drafted into the Army in 1941, served in the Quartermaster Corps in both Europe and the Pacific and left the service at the rank of captain in 1946. Several other valued craftsmen at New Method entered military service and served for at least some part of the war. Businesses were not allowed to just hire more workers during World War II, even if they needed them. New Method received a letter from the War Manpower Commission on March 19, 1945, telling them that workforce had been frozen at 130 workers and no more than 25 of them could be male!

There were also material problems during World War II. Buckram, the tough cotton-based material that New Method used as a cover material, was made from a basic kind of cotton called duck. However, duck was also in high demand for military uniforms, tents, parachutes and various other military uses. Consequently, there were times when it looked like the bindery might have to shut down for lack of buckram. The same could be said too, for the very thick sturdy binders board that New Method used. It was said that the Army runs on paper, and binders board is made by paper mills just like regular paper is made. Thus, the supply of binders board was always in question during the war.

Transportation was also a big issue for manufacturers like New Method during World War II. The bindery had to use trucks to get books from their library customers and then to get them back to their customers after rebinding. Also, the sales force needed to drive their cars out to meet with customers or the business would dry up. Running cars and trucks required gasoline and rubber tires, both of which were being heavily regulated by the government so the Armed Forces would have what they needed. There were some businesses by the end of the war that were running on somewhat unusual fuels and on very threadbare tires.

Despite all these difficulties and extra costs, the government put in price controls on many goods and services, including binding, that meant companies could not raise their prices to cover their higher costs. Quite a few companies went bankrupt during the war because of all these issues.

L.D. Sibert was the president of New Method Book Bindery during this time. He was also the president of the trade association, which is known as, the Library Binding Institute, from 1941 to 1946. This meant he had to worry not just about his company, but having try to address these issues with the right governmental authorities on behalf of all the library binders in the country. At the same time, he was worried too about his son fighting in Europe, who become treasurer and production manager of New Method not long before he was drafted!

Our World War II veterans were definitely amazing heroes, but the other part of the Greatest Generation, back on the home front, were no slouches either!