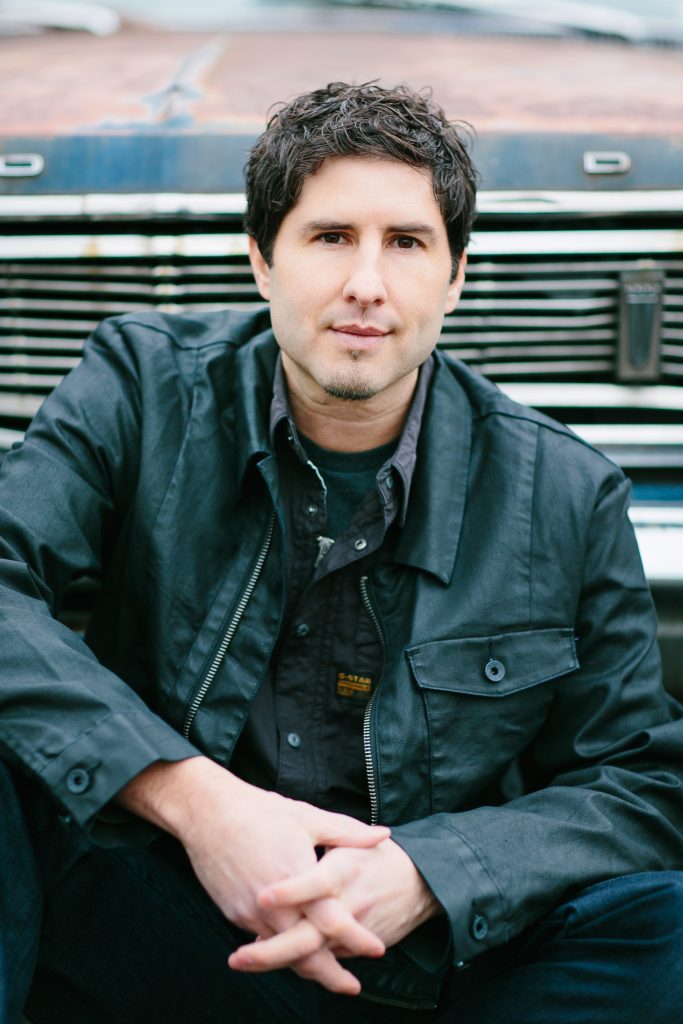 Matt de la Peña sees his mission as a writer as bringing the perspective of the outsider to young readers.  Because of his own background it is often the Latin perspective on the fringes of the mainstream American culture that he focuses on.  Even when he retells the Superman story, as he will do in a DC Icon book for Marvel in Spring 2019, “I was allowed to work from the premise that Superman is the ultimate immigrant.”  So a story that has often focused on “Truth, Justice and the American Way” will now be more about the struggles of an immigrant to find a place in a new land.  (Interestingly enough, there is a “Superman bible” and a person at DC Comics whose job it is to make sure Matt didn’t take too many liberties with Superman’s life!)

Matt’s mission probably dates back to when he was a young boy and just couldn’t identify with the “classics” or mainstream fiction he was asked to read.  It wasn’t until he was in 10th grade that “a teacher gave me The House on Mango Street… I fell in love with the book.  It was the first time I ever felt like a book was for me.”  His own writing is now an attempt to provide diverse books that give kids the opportunity to read books that feel like they are for them.  And his experiences taught him just how crucial teachers and librarians are to connecting kids and books.  For him, as for countless students, it was a couple of teachers that were able to see what young Matt could relate to, and then made the effort to get him reading.  And look where he is now!  As Matt says, “this is the challenging thing about being a teacher.  Some of the best moves you ever make with your students…. You won’t be around to see them bloom.”

As with almost every author we talk with who writes in several genres, Matt was very difficult to pin down as to which one he likes better.  Writing picture books and writing novels are both his favorite, but for different reasons.  Picture books have the rhythm and timing of his first love, spoken word poetry.  But novels allow him to dig deeper, to be a bit looser with the plot and to write a lot of dialogue.  Picture books have the added advantage of working with some amazing illustrators.  Matt notes that each illustrator is different and works with him as an author differently.  Loren Long, for the book Love, wanted to talk about the text for hours in order to let Matt’s ideas inspire him.  Christian Robinson however, for The Last Stop on Market Street and de la Peña’s latest book Carmela Full of Wishes, “he just disappears into his lab and emerges months later with his vision.”

Asked about the authors that he most admires and studies in children’s books today, Matt mentions several big name authors that represent his interest in diverse literature, such as Jacqueline Woodson, Benjamin Saenz, Meg Medina, Christopher Paul Curtis and Thannha Lai.  But he also mentions other popular names that are not necessarily part of the diverse literature scene, such as Kate DiCamillo, Gary Schmidt and Mac Barnett.  He is apparently keeping an eye on all of children’s literature in order to hone his craft and learn new things.

Matt particularly enjoys visiting libraries of all kinds.  He finds the high school kids “too cool”, the middle school kids “hyper hyper” and the elementary kids? – “They blow me away every time.”  He also visits public libraries and laughs at the notion that Amazon could ever make libraries extinct.  “We all came together to celebrate Latin culture and listen to an author read aloud.  And everyone left feeling full of life.  How can Amazon compete with the magic of community?”

Matt’s favorite picture book is his latest, Carmela Full of Wishes.  It hits squarely within his mission and is very timely.  As he describes it, “It’s the story of one young Dreamer, Carmela, who is excited that she’s finally old enough to do the Sunday errands with her big brother…I think it’s important to tell stories that reflect the everyday lives of young people living in mixed-status families. Carmela is filled with hope and heart and just a little dash of sass…and her loyalty to her family is profound.”  The next de la Peña book out will be the Superman: Dawnbreaker book in the Spring.  Then 2020 will bring a standalone novel from Random House and, perhaps late that year or in the next, a picture book from Penguin where the illustrator is yet to be determined.  One distraction that could upset this schedule is that there are talks going on about making Matt’s dystopian adventure novel The Living into a movie.  We can only hope the movie business doesn’t slow down Matt’s steady stream of books for kids that need a voice.